On Wednesday, June 15, Dr. Suzanne Smythe and I gathered a small group of colleagues from our respective faculties to record a podcast about our interests and experiments in ungrading. What followed was an enthusiastic, rich, and exciting 90 minute conversation… that wasn’t recorded. So instead I’m sitting down to write a blog post that will, to the best of my ability, summarize that thrilling but now lost conversation.

We began by discussing how we came together for this conversation in the first place. Suzanne is the current Faculty Teaching Fellow in Education, while I hold the same role in the Faculty of Communication, Art, and Technology. In our separate roles we had both been thinking about ungrading, particularly in the context of SFU’s commitment to reconciliation and decolonization. This equity-based approach to ungrading was in keeping with my introduction to the practice via the work of Jesse Stommel, and so I’ll let him provide the first definition:

Grades are anathema to the presumption of the humanity of students, support for their basic needs, and engaging them as full participants in their own education. Invigilated exams won’t ensure integrity. Plagiarism detection tech won’t unseat online paper mills. Incessant surveillance won’t help us listen better for the voices of students asking for help.

Taking grades at least partly off the table means I have a whole different set of conversations with students I work with. My goal isn’t to create a learning environment entirely free of grades (they still get graded in other classes), but to create a safe space for students to ask critical questions about grades, about how school works, and about their own learning.

Stommel roots his defense of ungrading — a process of rendering grading, as a practice, transparent to students, oriented towards the elimination of ranking systems in education altogether — in the systemic biases that are exacerbated by grading, biases against Black and Indigenous students, food- and housing-insecure students, neurodiverse and disabled students, and more. Indeed, while at SFU we have come to the conclusion that student evaluations are not a fair metric of teaching success, since student evaluations tend to be deeply biased, the same is often true of our evaluation of our students.

In response to ongoing research about the ineffectiveness of grades, the school boards in BC eliminated traditional grading up to grade 10, when grades only reappear because students need them to get into universities. Could there be a more straightforward demonstration of grades being used to rank students? Schools don’t even need them until it’s time to decide who’s ‘good enough’ for post-secondary education — itself an understanding of the role of education that is rooted in capitalist scarcity logics and colonial hierarchies.

Let me emphasize this one more time: it’s not just that grading perpetuates existing inequities: it also doesn’t help students learn. The question most teachers have upon learning this is: but what else can I do?

This was my question when I began learning about ungrading. What I did was what I love to do: fuck around and find out. I have now implemented ungrading in four different courses, with varying results and plenty of learning along the way. The next part of our conversation focused on the practicalities of my experiments: what worked, what didn’t, and what other instructors might try if they want to incorporate ungrading into their own courses. I’m going to share here some anecdotes and examples of my experiments in three courses: PUB371 The Structure of the Book Publishing Industry in Canada, PUB448 Publishing and Social Change, and PUB800 Text and Context: Publishing in Contemporary Culture. For the sake of readability, though, I’m going to break this down into some key things I’ve learned.

What I’ve Learned So Far

Introducing a non-traditional approach to assessment into a university course stresses students the hell out. By the time they step foot into your classroom, they’ve been learning how to learn for a long time, and they’ve been learning how to navigate a very specific approach to the assessment of their work. That means that you need to do a lot of on-boarding, communicate your expectations clearly and explicitly, and be ready to revisit the conversation as much as students need. In PUB371 that meant creating separate documents for the syllabus and the grading contracts. There are a few different approaches to contract grading, but for this course I set out my expectations for A, B, and C contracts, and let students choose which contract they would like to fulfill. I then had them maintain a weekly learning reflection log through which they reflected on their own work in the course; this log was the primary way I communicated with students, and it was their primary resource when it came time to revisit their grading contracts at the midpoint and end of the course. The weekly reflections turned out to be essential (which I didn’t fully realize until I got rid of them in PUB448): they maintained an open line of communication between me and the students, helped me prompt them into deeper reflection on their experiences in the course, and meant we were on the same page when it came time to talk final grades. In fact, I ended up having to increase several students’ final grades because they were too strict with themselves. In general, my averages came out pretty much identical to what they usually are in that course, with the marked difference that not a single student had a question or complaint about their final grades. They understood exactly where those grades had come from.

In my graduate seminar, PUB800, on the other hand, I underestimated the on-boarding the students would need, resulting in heightened student anxiety and confusion. Without guidance to the contrary, students assumed that I was doing some kind of secret evaluating and just not telling them. It took frequent reminders and reframing conversations to help the students to understand that their assignments were oriented towards their own learning rather than my evaluation.

Keeping up with almost 40 weekly learning logs was a lot of work on my part, so I did away with them the following semester in PUB448, where I also tried a streamlined approach to contract grading. In the syllabus I explained that there were 16 assignments in total, 8 mandatory and 8 optional. All assignments would be graded pass/fail, with the option to revise failing assignments to get a pass; the final grade would be based on the total number of passing assignments the student had completed. In hindsight, it was a mistake not to ask students to select the number of assignments they wanted to complete in advance; by cutting down on the amount of self-reflection I asked them to do, I also cut down on students’ sense of control. The general attitude of the class was that they ought to complete 100% of the assignments, and that failure to do so was, well, failure. It was harder to get students out of a deficit-based headspace with this approach; it was about what they weren’t completing, rather than what they were.

The other big course design mistake I made was eliminating late penalties. I’m not convinced late penalties have any pedagogical value, but they are organizationally useful, a fact I was reminded of when multiple students submitted all (or almost all) of their assignments within the final weeks of the course. In the week before grades were due, I had to read and give feedback on over 90 assignments, and of course I’d lost the chance to actually teach these students via my formative feedback. It’s an ongoing challenge, for me, to figure out how to create a rhythm within a course that keeps students in community with each other and lets me actually teach them without resorting to the punishment of late penalties, but I suspect that the community aspect is key. And of course all of this was complicated by the fact that I was teaching these courses through two semesters of massive upheaval, as we haltingly returned to campus and navigated hybrid delivery, student illness, mental health crises, etc.

While PUB448 would have benefitted from more regular self-reflections, my graduate seminar, PUB800, didn’t need the process to be quite so formalized. I had my students complete mid-term and final self-evaluations, and otherwise the reflecting happened during class conversations and informal one-on-ones. While, as I mentioned above, I should have built in more of those class conversations and check-ins from the start, in general the graduate students needed less on-boarding into the process of self-reflection.

Reworking my courses around student learning rather than evaluation meant I had to think about my assignments differently. Rather than treating assignments as evidence of student learning, I reframed them as the processes through which learning would happen. That meant I had to ask myself what I wanted my students to learn how to do, and what kinds of activities I believed would allow them to do so. I had the most success restructuring my assignments in PUB448 when I broke down the course into the three key skills I wanted the students to acquire: critically reading theoretical texts, analyzing media made by others, and self-reflexively creating their own media. Students practiced each of these skills through a set of repeated activities that I called reading reflections, media analysis, and creative outputs. Each assignment type was repeated four times, for the four units in the course, and each one consistent of pre-class, in-class, and post-class components. The overwhelming feedback on this structure was that the students always understood what they were doing, and why — they saw how theory, media analysis, and critical making fit together to create a more robust understanding of publishing mediums like zines and podcasts, and had plenty of opportunity to reflect not only one what they were learning but on how these different approaches structured their learning. (I know this because they told me, in the aforementioned self-reflections.)

Following Suzanne and my conversation about practical approaches to ungrading, we opened up the room for questions and comments (and this is where I’m really sorry to have lost the recording, because people had some truly brilliant insights!). In the room were John Maxwell (Publishing), Kyla Gardiner (Contemporary Arts), Beth Marshall (Education), Robyn Ilten-Gee (Education), Isabelle Cote (Education), and Lyana Patrick (Health Sciences). Our conversation ranged from advocating for ungrading in your faculty, to scaling ungrading approaches to large lecture courses, to the inequities built into labour-based grading approaches that may still punish students with greater responsibilities outside of school. We talked about the importance of setting reasonable workload expectations for students and teachers, and about differentiating between changes that make our jobs easier versus changes that make our jobs more fulfilling (I might not spend less time giving feedback now, but I enjoy the process a lot more!). My intention is to share this post with our participants as well as other interested colleagues, to hopefully recreate some of that conversation in the comments section. Before I conclude, though, I want to note how deeply rewarding it was to talk meaningfully with colleagues about teaching, not in the panicked and exhausted mode that has characterized teaching conversations during the pandemic, but from a place of great joy and possibility.

2 thoughts on “A Lost Conversation about Ungrading” 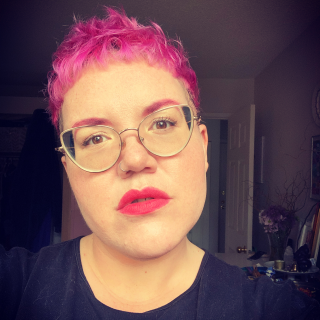